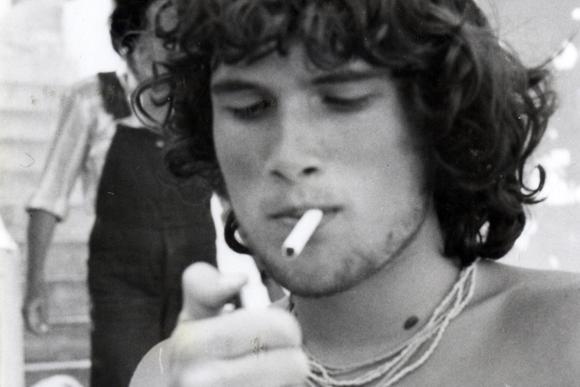 Last week an editor breezily mentioned that as I was coming up to a milestone decade would I perhaps like to write something about it? You know, is 60 the new 40? Why do you make those little noises when you get out of a chair? Am I considering getting a shed, or a cruise, or Velcro?

I was born in 1954 in Edinburgh. Winston Churchill was prime minister, there was still rationing, we were the first generation that would grow up with television, pop music, central heating and a National Health Service. As a child, every old man I knew had fought in the First World War and every young man in the second.

How do I feel having reached 60? Well, surprised, mostly. And grateful. When I was 30, a doctor told me that I had a dangerously damaged liver and, all things considered, I probably wouldn’t see another Christmas. I am an alcoholic and a drug addict but, with a lot of help, I stopped. I haven’t had a drink or picked up a drug since. My grandfather died at 59. He was a tooth-puller in Leith. My mother says it was anxiety about the coming of the health service that killed him, which is a braw example of Scottish humour.

One of the surprising symptoms of getting to be 60 is that I now can’t tell how old anyone under the age of 40 is; you all look 16. And don’t believe the beauty page gush that you are in fact only as old as you feel. It’s nonsense, based on the assumption that ageing is primarily a physical process. It isn’t, it’s a maturing one. It’s not a feeling, it’s an experience. You are as old as you can remember.

I dictate these articles to clever overeducated colleagues who are much, much younger than me. They constantly and consistently don’t get references to things that to me seemed to have happened only a couple of months ago. They’ve never seen black-and-white films or known the difference between 78, 45 and 33⅓.

That sounds maudlin, but it doesn’t feel like that. It adds to the pleasure, a sentiment to everything, an extra gypsy violin to life. I linger over things now: flowers, moonlight, Schubert, lunch, bookshops. Also I mind less about standing in queues, sitting in traffic, waiting for a bus or my call to be answered. Everything has a pinch of piquancy, a smudge of melodrama, and I like that.

There are other things to which age adds an imperative. I’m pretty sure that when I’m lying on the gurney and the children are searching for the off-switch while telling me sweetly to go towards the light, the thing I regret won’t be, as John Betjeman said, not enough sex, and it won’t be not enough caviar or cakes. It will be, I think, that I never got to see Timbuktu or South Georgia. Never saw the northern lights. Never travelled up the fjords by boat.

The abiding pleasure of my life so far has been the opportunity to travel. It is also the single greatest gift of my affluent generation. We got to go around the globe relatively easily, cheaply and safely. Postwar children are the best and most widely travelled generation that has yet lived. We were given the world when it was varied, various and mostly welcoming.

Whether we took enough goodwill with us and brought back enough insight is debatable. But today the laziest gap-year student has probably seen more and been further than Livingstone, Stanley and Richard Burton.

One of the things that surprises and dismays me is how many of my contemporaries spend their time and money on travelling to sunny beaches. All beach experiences, give or take a cocktail, are the same experience. My advice to travellers and tourists is to avoid coasts and visit people. There is not a view in the world that is as exciting as a new city.

So I regret places and I will also regret not being a better friend. My generation has been profligate with friends. I look at how my parents husbanded theirs, thought about them, wrote to them, talked about them. Because they had lived through the war, their friends were innately more precious than ours have been to us. I regret not making more of an effort to keep up, keep hold and keep close the people I loved. Now their absence and my casual wastefulness upset me.

Health looms over the elderly like a threatening monsoon. No ache is innocuous. No lump or discoloured, sagging patch of body is ignorable. We covertly examine ourselves for the premonition of the dark humour that will carry us away. There is no such thing as a routine checkup. They are all life-or-death appointments.

Doctors start all their sentences with “It’s only . . . ” But we’re not fooled. This generation is also the one that lingers longest over its departure. Death came to our grandparents with a clutched chest and a searing pain. For us it’s a slow, humiliating series of it’s onlys. What we worry about is dementia, a condition that did not exist in the popular lexicon when I was a child. Mind you, we also thought cancer was as shaming as divorce. Now Alzheimer’s is our abiding fear.

My chats with contemporaries are like bridge games where we try to fill in the gaps in each other’s sentences to make one coherent conversation. We go to the gym, we have trainers, I do Pilates. But it’s only maintenance. I’m not looking for a beach body, there’s no New Me in the cupboard; I just want one that’s supple enough to put on my own socks.

After giving up drink and drugs, I continued to smoke about 60 a day until 12 years ago and then I stopped. And people said, “Well done! How did you manage it? What willpower!” It didn’t feel like well done. It felt like a defeat — the capitulation to fear. When I started smoking at 14 I was golden, immortal. I smoked around the world; I took pride in my ability to smoke with elegance, panache and skill. Smoking was my talent and I gave it up because I lost my nerve. I don’t miss the cigarettes, but I do miss the me that smoked so beautifully.

How did my generation do? We are ridiculously obsessed with food, buy too many things and have too many clothes. But we didn’t start a war. Well, not a big one. And we didn’t nuke anyone. We defused the Cold War. We believed in the collective good.

We were the generation that were relentlessly for civil rights, human rights, gay rights, disability rights, equality, fairness. We were implacably against racism and censorship. We defended freedom of speech, religion and expression. We will leave the world better fed and better off than when we arrived in it.

Britain is a far happier, richer and fairer place than it was 60 years ago. And if you think that’s wishful self-promotion, you have no idea how grim and threadbare Britain in the Fifties was. You weren’t there, you don’t remember.