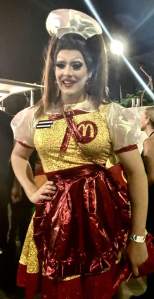 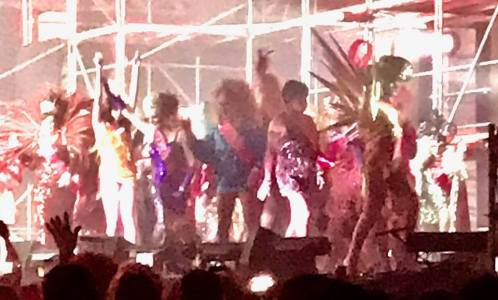 It was the 40th Anniversary and so amazing. The numerous dance venues created a mini city and it was as buzzy and packed as the peak 1990s era.

Was privileged to be sitting next to a 78er, Peter McEwan from Melbourne, while waiting for Cher’s performance. He’d visited Sydney in 1978 for a national homosexual conference at Paddington Town Hall, and was involved in the protests. “The agenda back then used to include fighting in solidarity for everyone — access to abortion, refugees, women’s rights. I wish that solidarity was still around today. Other issues are important too.” He prefers the term “Queer” to “Gay”, as it’s more gender fluid.

I only caught bits of his story due to the loud music in the RHI, but luckily he was in a snippet in the SBS Mardi Gras live broadcast, so I can fill in the gaps. In 1967 at Brighton Beach, Peter was entrapped by undercover police who sprung out of the bushes and arrested him for making out with a consenting bloke in the bush. There was nowhere else to meet at that time, as being gay was illegal. Police were everywhere, posing as undercover beachgoers sunbathing and perched on a clifftop with walkie-talkies overlooking the area, eyes peeled for any signs of affection.

Peter endured two court cases and a psychiatric assessment and his Dad found out as he was asked to provide bail. His name and address were splashed across the front page of the Truth newspaper under a humiliating headline: “Perverts rounded up at Brighton Beach”.

“The police acted with impunity because they knew noone would ever complain. It was crippling at the time, but we began fighting back. And that’s what Mardi Gras represents — fighting back and saying: ‘Enough’.”

He pointed out the 78ers had reported the Sydney Morning Herald to the Press Council, years later, for printing the names of those arrested at the first Mardi Gras (which meant many lost their jobs or were outed to their families who were asked to post bail) but they weren’t successful in getting any ruling against the paper.

These criminal convictions have since been expunged by law reforms and names have been cleared. Now Peter is working on plans for Australia’s first Pride Centre in Melbourne.

We’d started chatting because I was wearing my Scott Marshall T-shirt of “St” George Michael, which had been commissioned and painted on the side of a house in Newtown in 2017, after the pop star’s death from natural causes (Dec 2016). The artwork was defaced by right-wing Christian groups in the western suburbs on the day the national Same Sex marriage postal vote was “Yes” (Nov 2017). So locals bought T-shirts to ensure the memory of the mural lives on.

The Midnight Show, which always features the community and local drag queens, was fronted by comedian Bob Downe who was hysterically funny, as usual.

Cher took to the stage around 1pm, which was perfect timing, as the heat was incredible in the RHI. I don’t know how Cher managed, at 71 years, to endure wearing that huge black curly wig (and same raunchy leotard) for Turn Back Time, it was so hot! Such a treat to hear three songs from the main star, and a lovely speech about her first meeting with gay men.

Loved it all, especially the Drag Bar was a new favourite spot. Frozen cocktails seemed to be very popular on such a muggy night too.

Did my Fair Play shift at Mardi Gras and it was full-on busy straight away with a record number of partygoers. A new rule was if busted for drug possession, can’t go into the party afterwards (rule comes from people who own Entertainment Quarter). Tourists from overseas are hardest hit, as they bring in enough drugs for a 12-hour party and get done for supply, even though it was for personal use. 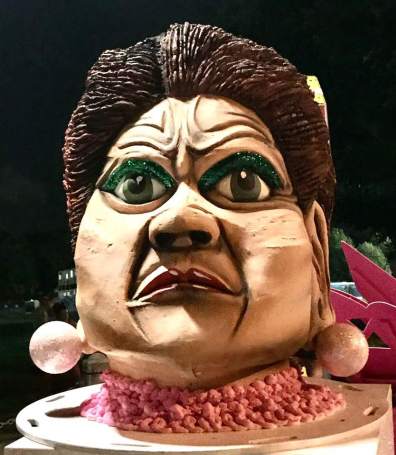